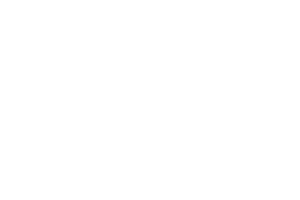 Scoliosis is one of the most prevalent back diseases, and it has the potential to cause a great deal of agony and immobility in its sufferers. Scoliosis affects between 5 and 7 million people in the United States, according to the National Scoliosis Foundation. In many cases, chiropractic care may alleviate scoliosis symptoms in Houston TX and make daily life more tolerable for those who are suffering from the condition.

WHAT EXACTLY IS SCOLIOSIS IN Houston TX?

Scoliosis is a disorder of the spine in which a lateral or sideways curve of more than 10 degrees occurs on each side of the spine. The majority of the time, the source of this unusual curvature is unclear, although, in around 20% of instances, factors such as neurological disorders, trauma, or tumors are to blame. Idiopathic scoliosis refers to scoliosis that has no recognized etiology.

If someone has functional scoliosis, it suggests that the condition is caused by a posture problem, muscular spasm, or legs that are of different lengths. The majority of the time, this form of scoliosis can be corrected. Many different posture methods are useless when scoliosis is regarded as structural. A more frequent condition in females than boys, scoliosis usually develops between the ages of 10 and 15 years old. It may also be handed on from one generation to the next, so if a parent or sibling has it, there is a greater chance of a younger kid developing it.

SCOLIOSIS SYMPTOMS THAT ARE COMMONLY EXPERIENCED

Scoliosis is characterized by a variety of symptoms, including acute discomfort, limited range of motion, impaired lung function, and diminished heart function. When a person has scoliosis, they are more likely to experience psychological difficulties, such as a decline in their self-esteem. It is estimated that around 80% of persons who have scoliosis have a curvature of fewer than 20 degrees; nevertheless, because it arises most frequently during adolescence, it is possible to notice significant increases in curvature in a short period of time. In most cases, scoliosis is diagnosed with a physical examination and x-rays to establish the amount of the curvature of the spinal column.

SCOLIOSIS CAN BE TREATED WITH CHIROPRACTIC

Spinal manipulation, electric muscle stimulation, and therapeutic exercise are some of the most effective therapies for scoliosis that Houston TX chiropractors have to offer. However, many patients with scoliosis who have gotten chiropractic therapy have reported some improvement in their condition, despite the fact that this is a field that has received little attention or research so far.

No matter how much or little the spine curvature is rectified, any accompanying pain or problems that have been contributing to the patient's suffering will be treated. Scoliosis can induce changes in posture and gait that cause other portions of the body to overcompensate, causing discomfort and resulting in the development of additional problems. If you are experiencing structural aches and pains, your chiropractor at The Houston Back & Neck Clinic will investigate the underlying cause of your symptoms and discover the most appropriate method to address the issue at hand.

Our staff at The Houston Back & Neck Clinic is here to assist you with any questions you may have. Please do not hesitate to contact us right away. 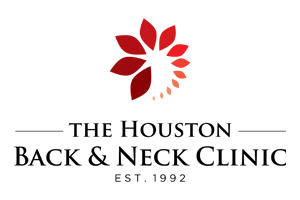 The Houston Back & Neck Clinic